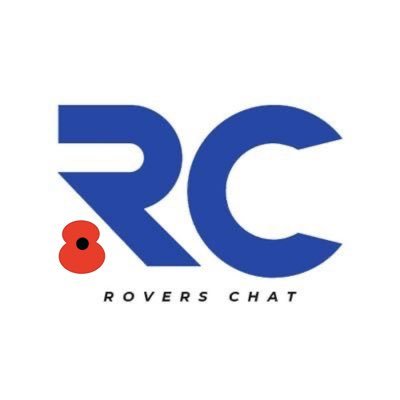 Following an unconvincing performance in the 1-0 win over Wigan, Forest are presented with a great opportunity to continue our promotion push into the New Year. In a series of disappointing performances at home, Forest really haven’t performed well at The City Ground for a full 90 minutes since we defeated Derby back in November. Before the transfer window opens tomorrow and provides the club to bring in much needed reinforcements, Sabri has the dilemma of sticking with what has brought results in recent games or he tries something a bit different to generate a more satisfying home performance. I personally think we need a tweak at home because Forest simply cannot keep performing as they are at home when the better sides come to The City Ground. It might be good timing for Blackburn’s visit tomorrow that their star player, Bradley Dack has sadly been ruled out of action for the next 12 months.

So what is the answer in terms of trying to generate a more potent attacking threat? In the last four home games, Lamouchi has tried Joao Carvalho in two of those games (Cardiff and Sheff Wed) in his preferred No.10 role, the other two in an unaccustomed left hand side role (albeit he started on the left against Sheff Wed before being moved inside at 2-0). The onus is on Forest to attack at The City Ground and it’s more than fair to say that we’ve been too conservative at home. We simply haven’t scored enough goals. Whether that’s the set up or players out of form: whatever the manager has tried so far this season hasn’t really worked from an offensive perspective. Speaking of perspective; it’s been far from cataclysmic to suggest Forest should be looking for a new man to take us forwards.

So what are the possible scenario’s then that Sabri could make tomorrow? With Ben Watson’s anchor role fully established in the Forest set up now; and with Samba Sow and Thiago Silva more accustomed to life in The Championship; could one of those two players add more dynamism to that sitting role? Silva would provide a greater range of passing from the back and Sow would certainly add energy and physicality. The move would allow for perhaps the inclusion of an attacking box to box midfielder in Brennan Johnson who has an eye for goal. However, the drawback for me is that I’m still not sure that either of the two have the discipline that Ben Watson offers nor enough experience of Championship football. It may also be detrimental to both players growing influence on the team if they are asked to play a more conservative role in front of the centre-halves.

It would of course be harsh on Ben to be left out as he has been one of our better/ most consistent performers this season. My suggestion of Watson making way only applies to home games. There is simply no need to change the away from home set up. The other scenario is to tweak the tactics at home and swap Watson with Carvalho; employing two sitting midfielders in a 4-2-3-1 formation with Silva and Sow, allowing Carvalho the opportunity to put his claim to be starting every week in his preferred role. I must say though, I think Ben Watson is most probably the first name on Sabri’s teamsheet and I would be surprised to see his omission from the team. It will be interesting to see what happens because if Samba Sow is fit, there is no doubt we look a far better outfit with him in the team. With Joe Lolley looking a little more rejuvenated, I am going to go with another marginal 1-0 home win.

I caught up with Dan from Rovers Chat for his view on things at Ewood Park.

How is current form coming into the Forest game?

Overall, it’s a weird one. We’ve not won one of our last three matches which is disappointing, but we’ve only lost one of our last nine fixtures, so I guess it’s which way you look at it. We’re around where I wanted us to be when the season began, so I’m happy at the moment.

What and who do Forest fans need to be looking out for from your team?

With our star man Bradley Dack out for 12 months, I’d say Adam Armstrong is one to watch out for. He’s got six goals this season and his pace does cause plenty of problems to other teams in the division.

Lewis Travis in centre midfield is another good player we have. He’s had a great 12 months since bursting through the academy into the starting XI and would fit any team in the division. It’s hard to call who will play for us!

How good a job is your manager Tony Mowbray doing out of 10?

I’d say seven. We’re within touching distance of the top six. Yes, we’ve been in a little bit of a bad spell, but to be in this place in only our second season, I’m happy with Tony Mowbray. My only criticism of him currently is that – although I respect it’s a hectic fixture schedule – we do make two many unforced changes.

If Forest could sign one of your players, who would you say would be a good fit?

I’d probably say Lewis Travis, whom I mentioned earlier. He’d be a good replacement for the ageing Ben Watson. You know that with Travis, you’ve got a player who will work hard for the shirt and isn’t scared of putting a foot in. He’s a prized asset in our team and I’m sure he’ll be playing Premier League football in the next two or three years, and I hope that’s with us!

If you could sign one Forest player, who would it be and why?

100% Lewis Grabban. He just scores goals at this level! We could do with someone like him in our team to guarantee you 15+ goals in a season and he would be a much welcomed addition to the current side.

I’ve also liked Matty Cash for a bit, although I notice he’s been playing in defence in recent weeks.

What are your predictions for the game?

I think we’ll take the lead – considering we’re the fastest starters in the division with the most goals after 15 minutes – and then you’ll get one back and it’ll end a 1-1 draw. All the best for the rest of the season.

Many thanks to Dan at Rovers Chat for his input. It’s really appreciated here at Munich and Madrid.