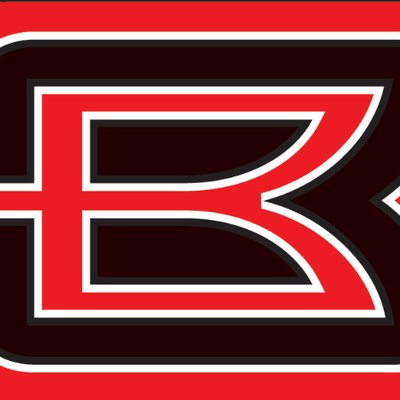 In seasons gone by, the wheels have usually come off at Forest and we’re looking excitedly at the Derby fixture to achieve bragging rights for the season. Times are a changing at Forest and we now face another ‘big game’ away at Brentford. It’s no coincidence either that we look to be heading towards a season with the same man in charge. Stability, a wonderful thing in any organization if you ask me. Brentford are going to be a massive test for Sabri’s Boys in Blue on Tuesday night and under their latest manager, Thomas Frank,  the Bees resisted change after a really shaky start under his leadership but are now reaping the rewards for showing patience. Stability eh?

Brentford are the Championship’s equivalent to Barcelona in some senses. They follow a model of good football that has barely been changed since appointing Uwe Rosler back in 2011. There is no doubt that they’ve very much been on an upward trajectory for the last decade and show no signs of stopping. It’s an exciting path that they’re on and a little similar to Bournemouth; they are ‘David’ to the perceived ‘Golliath’ sides in the Championship. ‘David’ isn’t so little anymore though and season by season Brentford are growing with the staple ingredient of being an extremely well run club. They are the blueprint ‘hope’ for the smaller clubs with big aspirations. Having spent close to £30m in the summer you might assume they’d have big financial backing but that figure is a little misleading given that they recouped £36m in spending (notably with the sales on Konsa and Maupay). Considering they also lost Romaine Sawyers, replacing those three players was a job in itself. Money doesn’t always buy happiness but their recruitment has been sound. Bryan Mbeumo looks a cracking signing and Pontuss Jansson always looked a great coup over the summer. Ollie Watkins and Said Benrahma are the ever present threat and with Mbeumo alongside them we’ll certainly have our work cut out, they aren’t nicknamed BMW for no reason!

With a new stadium on the way, it’s no surprise that Brentford are gathering momentum on and off the pitch; we will be up against a juggernaut in many respects on Tuesday. Thomas Frank  rested the majority of his first team for the visit of Leicester on Saturday in the FA Cup and this seems the start of some very big games for both clubs as we go into the second half of the season. Whilst there is a long way to go yet in this topsy-turvy division, it feels like this game will show a true reflection of any automatic credentials. It should be a cracker.

Brentford looked a little toothless back in October when we scraped a 1-0 win at home but they don’t seemed to have looked back since that moment, having only lost twice in the league since. At home, they are a slick footballing outfit but let’s not downplay the capabilities of this Forest side. Whilst we’re still working on the formula to truly see the back of Forest’s ‘Mr.Hyde’ persona, we have looked pretty good on the road and it has been the season’s strength so far. Expecting a footballing lesson against Fulham in the opening month of The Championship, it was Forest that came away with all three points in an excellent team display. This Forest team aren’t to be underestimated that’s for sure and with a tight bond between manager and players, you can never say never with this bunch. We’ll hopefully see a bit of Adama Diakhaby and see what he can bring to the table. I’ve not seen a deal of him but he’s said to be rapid and that will only strengthen the away game counter attacking set up. I’m feeling slightly optimistic about Tuesday and I’m going to go with Forest grabbing a late goal for a 2-2 draw.

I caught up with Bees fan Robin Hood McMichael for his thoughts on Brentford and what to expect on Tuesday..

How is current form coming into the Forest game?

Our form is excellent. Aside from our disappointing defeat at Millwall in December (our only defeat in our last 8 games), where the pitch resembled the final stage of a tough mudder competition, we have been picking up very good results and the points that go with it. People have started to genuinely talk about Brentford as promotion contenders, something we’re not used to here at Griffin Park.

With West Brom and Leeds picking up just a collective 2 wins from 15 games, the Bees have mirthlessly chipped away at the points lead that the two pacesetters of the division seemed to have built into a guaranteed top two finish. Home derby wins against Fulham and QPR, a 4-0 demolition of Bristol City at Ashton Gate and a point away at The Baggies have gone some way to prove that we are genuine challengers this season.

What and who do Forest fans need to be looking out for from your team?

For the first time in a many years, we don’t really have a clear weakness in the side. The obvious pick is the “BMW” front three of Benrahma, Mbeumo and Watkins that have contributed more goals this season than any three other players in the division and, if all three are firing, it’s usually game set and match. It’s disgustingly good football to watch too.

A couple of players to watch out for, that have flown smoothly under the radar whilst BMW take the plaudits, are Ethan Pinnock and Henrik Dalsgaard. Club captain Pontus Jansson has been a rock at the back, but Pinnock has been equally brilliant by his side. A fantastic turn of pace for a big man, his left-footed distribution has improved vastly and helped balance the team out when starting attacks from our rear-guard. He’s also very dangerous from set-pieces. Dalsgaard, meanwhile, marauds the right flank with intent and rarely loses an aerial dual. He’s one of our most dangerous attacking weapons. Rico Henry on the opposite flank is also a consistent and pacey full-back.

How is your manager doing out of 10? Give a few reasons why.

9. But honestly, I could easily give him the full marks. 6 months ago, a portion of the fans were firmly in the “Frank Out” camp. A comeback 3-2 last minute victory at home to Millwal, a charge up the table and a new three year contract later, he is masterminding a promotion push and has the full backing of the fans.

He buys into our unique, innovative recruitment model. His style of football that he instils in the players is expressive and fluid, as well as tight and diligent at the back. He has a real rapport with the fans, so much so that he appeared on our Pride of West London podcast. His relationship with the players is great.

Thomas is a very interesting and calculated character that is fully behind the statistical analysis that we use at Brentford, but he is fully aware of the importance of emotion in football. It’s an incredible balancing act that he has done well to implement, and he is now rightfully rewarded for this. He embodies the passion of Brentford and I’m delighted he’s signed a new contract.

What are your hopes for the remainder of the transfer window?

Not selling anyone, and we shouldn’t feel the need to. The “BMW” have attracted obvious interest given their contributions across the season so far, and David Raya’s clean sheets will have people looking at him too. Keeping them is the priority. They play almost instinctively together, with Benrahma providing the tricky approach play, Watkins dropping deep or running in behind to bag the goals, and Mbeumo cutting in from the right onto the sweetest of left foots.

Beesotted’s own Ian Westbrook said on our podcast this week that for the first time, we’re not worried of anybody going. We are in a position where we no longer need to sell our best players. Whilst historically Brentford has been the marketplace for January purchases from big clubs, I don’t see that happening this year.

In terms of signings, forward Halil Dervisoglu has officially joined from Sparta Rotterdam after agreeing a deal last summer, and Emiliano Marcondes has returned from a loan spell in Denmark to provide an extra option for attacking positions. I think we need potentially one more attacking option as backup for Watkins, who remains our only out-and-out striker. Ivan Toney of Peterborough and Lyle Taylor of Charlton continue to be names thrown around. If we don’t sign anyone else, it’s by no means a disappointment.

If you could sign one Forest player, who would it be and why?

Matty Cash. From what I’ve seen, he’s converted to right back very well this season and seems to know how to deliver a ball. He would provide some good competition for Henrik Dalsgaard at right back and has room to develop even further at the age of just 22.

What are your predictions for the game?

It’s going to be tough. We struggled against you guys in the reverse fixture earlier this season and we’re going to need to be at our best. We know all about Lewis Grabban and Joe Lolley as the danger men, but we’re slightly encouraged by the challenge that Luton and Reading put up in recent games. Plus, Griffin Park is spending its swansong football season as a fortress. Teams hate coming here, and we love it.

It’s very dependant on how Forest play. If you come to Griffin Park and try to attack us, we’ll win. If you come and defend deep to try and nick a goal from a set piece, you will probably come away with three points. It’s a huge game for both teams, and we may be without Pontus Jansson and Mathias Jensen if their niggling injuries carry over into next week.

It really could go either way, but I can’t help but be optimistic given form and home advantage under the lights. I’ll go for a Brentford win and let our “BMW” do the rest. Brentford 1-0

Many thanks to Robin Hood McMichael (@robinmcmichael) from Beesotted. Contributions are very much appreciated here at Munich and Madrid.