Swansea 1 Forest 0 – From a distance 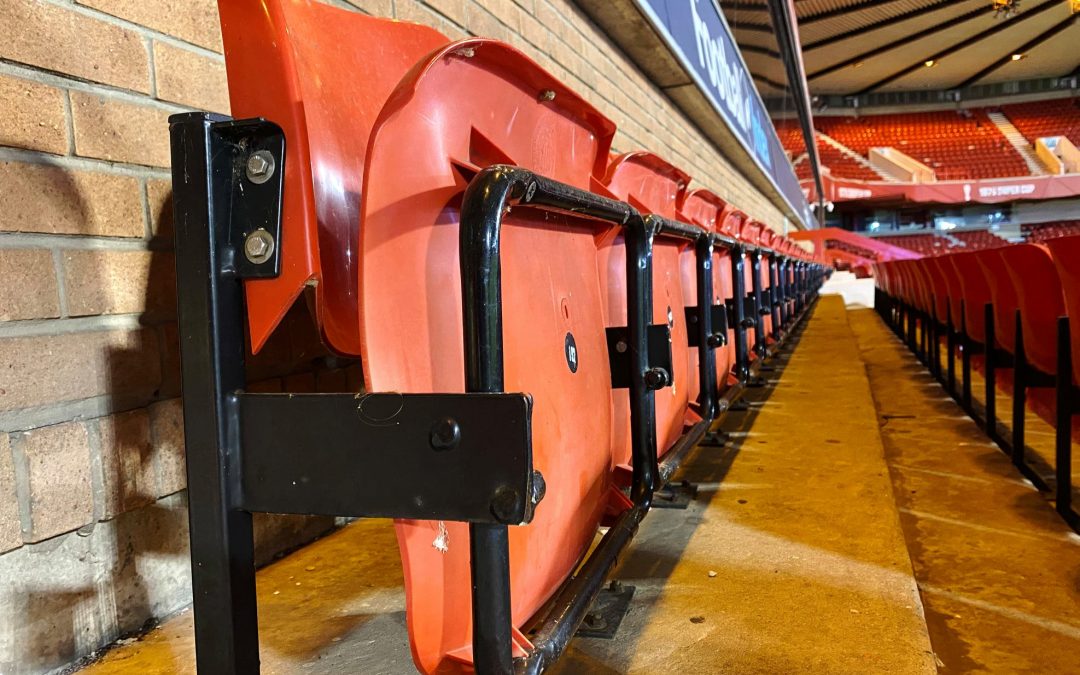 I’ll be totally honest and open this article up with a confession that I’ve been watching Forest’s progress from a shortish distance in the last couple of months. The football had been pretty uncomfortable viewing from an entertainment perspective and combined with the second lockdown, I accepted that whilst the entertainment was minimal, there was no point in wasting precious energy on things I’ve no control over. The misery of defeats, performances and over the top reactions had certainly not assisted my frame of mind during this pandemic.

Whether that makes me less of a fan, I’m not sure but it’s almost been like going back to a time where I followed Forest when a) I couldn’t afford to go and b) you could only refresh Ceefax for an update (some of you might need to Google that). You still want Forest to do well, of course, it’s in the veins and it’s not to say that I’ve completely switched off from it. I’ve seen one or two games and plenty of highlights. I’ve been a voyeur of the sometimes toxic #nffc timeline but finding it mildly amusing all the same. It’s a funny thing observing when you’ve not kicked every ball of every game. It’s a good thing too that I follow people with a reasoned sense of perspective to get an idea of what’s really been happening….

In recent fan interviews I’ve done, I asked a Bournemouth fan about his thoughts on Forest this season. He immediately responded with the word ‘stale’ and that having watched us a few times earlier in the season he didn’t understand ‘what we were or what we were trying to do’. There was a sinking feeling that I couldn’t disagree with him.

As I’ve concentrated on the results more so than the performances recently, game by game, it appears we are steadily looking better. A lot better. As Chris Hughton builds his platform, having gotten his feet under the City Ground table now, it’s with some optimism that a plan is coming together.

Having watched the whole game last night, I thought Forest took the game to Swansea and to a man, they were better in most departments. Defensively, we looked more like the team of last season and the midfield, of course, has been completely transformed with the arrivals of Filip Krovinovic and James Garner. Whilst I’ve been reading a lot of positivity about the new boys in the middle of the park, it was Cafu that really stood out for me last night with his performance at the base. I thought he made us tick and that he’s really starting to find his feet in English football.

Whilst Cafu hasn’t got the physicality of Samba Sow, he can get around the pitch to press his opponents but most importantly, he offers what Sow cannot and that’s the ability to bring the ball down and play. Between him and Garner, the transition of our play from moving out of defence looks a whole lot quicker with their ability to go either short with one-touch passing or to switch the attack. Ball retention all of a sudden looks a lot healthier and as a Nottingham Forest fan, I have to identify with ball retention. It’s the club’s identity. It’s far from perfect but it’s a marked improvement based on the last 90 minutes I watched against Middlesbrough.

The performance obviously warranted far greater reward than what we got. The manner in which we conceded was an absolute sickener and as I read criticism from some fans at the weekend that Hughton didn’t go for it against Bournemouth, I wonder how many of those would have settled for a point last night? You can’t win as a manager.

Swansea had shown so little (of what we were subjected to last month) that I was shouting at the telly and urging Forest on to wrap the game up. I could only see one winner so when Connor Roberts headed home on 87 minutes, it was the ultimate sucker punch. It was one of those situations where I’d actually seen the goal reported by the official Forest Twitter account on my phone before it had gone in on my telly.  A double whammy to watch something horrific you already knew was coming. The horror was big, hairy ones too.

With nothing in the game, a moment of switching off between two or three players cost us dearly and its something we’ve seen far too often over this last year. Most annoyingly, we’d gotten our tactics right on the night. Considering we’d stopped their wings backs from bombing on for the majority of the evening, to concede from almost out of nowhere was tough to take.

I saw the usual suspect Cyrus Christie get some stick for not getting close enough to his man but with the height and loop on the cross, could Brice Samba have mopped it up? Whilst Ribeiro got the brunt for getting underneath the ball, I thought Krovinovic actually should’ve done a lot better to track his man and help his teammate out. I particularly felt for Joe Worrall and Tobi Figueiredo as their partnership looks to resemble what it did at its peak last season. I thought they were both pretty solid throughout (with Joe recovering well from a sloppy pass in the second half).

Regardless of who’s at fault, our greatest problems haven’t been at the back, it’s been in front of goal and it was a night where a mixture of bad luck and decision making cost us once more. Lewis Grabban with just three goals this season epitomises just that. I don’t waver in the view that if we are playing well as a collective, Lewis will score goals. We are certainly looking more menacing but it’s ultimately, goals that are going to keep us up now.

Despite the disappointment, how good was it see to see us pressing high up the pitch and creating opportunities? We looked the most likely to win it going into the final ten minutes and there’s a new energy about the team. We look a lot fitter as a unit. A Swansea fan text me to say that whilst they’d played poorly, they’d been made to look poor by our efforts. Progress indeed.

I sought solace in a very different type of emotion that I experienced at full time. This wasn’t the club that rolled over at the Liberty in January, that far from resembled a love I found 35 years ago. It was a performance full of endeavour, hard work and most promisingly, looking after the football a bit better.

There’s plenty of work to do yet but where there’s a will, there’s a way out of the mess.

Come on you Reds.