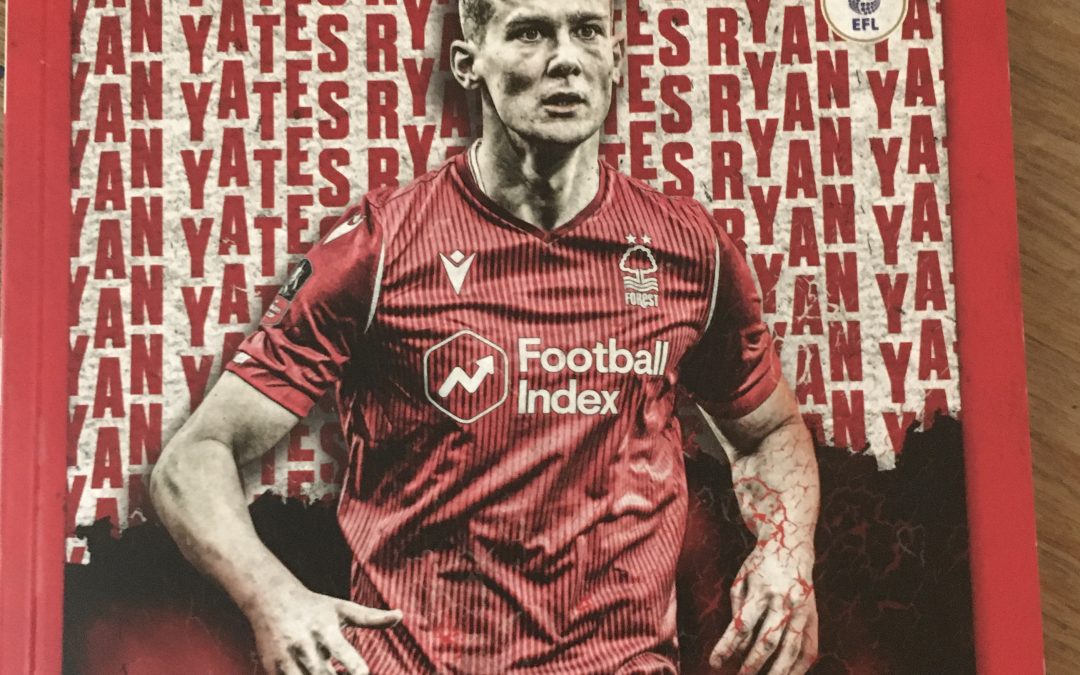 Last night’s draw against Reading certainly was frustrating but I’d be going too far to say it was a disappointing Forest display. I didn’t see a lot wrong with Forest’s performance last night and it was as close to the 1-0 home win over Brentford earlier in the season, with a composed and patient display. We were very close to coming away with a home win until the brilliance of football struck again, much to our dismay. You really couldn’t write Reading equalizing again, a minute after we’d got the opener once more. Talk about being shithoused! We simply have to learn from these experiences and it’s a little worrying that having conceded a 97 minute equalizer two weeks ago, the penny hasn’t quite dropped. Let’s hope we don’t come to rue those dropped points at the end of the season.

Sabri’s post match interview had clearly been given some thought as he chose to dwell on the positives and offer a great deal of perspective about where we are in the season. He’s 100% right. We are moving in the right direction and we are a million miles away from where we were under the last ownership. I am certain that there is more to come and whether that is this season or next, I don’t think success is too far away.

#NFFC Head Coach Sabri Lamouchi was upbeat after this evening's draw at home to Reading, despite failing to hold on to a 1-0 lead again.

Overall, I thought Forest looked a lot more of a threat with the ball in attacking positions and whilst we are not scoring enough goals, I have definitely seen a marked improvement in individual and the overall team performance over the last few weeks. Forest looked a constant threat all night from both flanks and the centre of midfield and although we lacked quality when well placed, it feels like it will come with greater patience. With the arrival of Diakhaby on loan, I think there is a lot to be positive about.

Ben Watson was great at the heart of our midfield against Reading as he continually broke up play and set us off and running with composed distribution. I read a lot of criticism but I thought he was excellent and was our Man of the Match. Whilst Thiago Silva won the sponsors award, I was disappointed with some of his play when he had the ball in dangerous areas. Samba Sow was his usual combative self and as a midfield trio, they are really starting to look the part. They seem to complement each other’s game so well. Sow is the wrecking ball but his aggression is matched by Ben Watson’s positional sense and Silva’s willingness to get the ball down and play. If they all hit peak form on the same night, they will be very difficult to play against it. I’m convinced that time it’s coming.

The game plan was very, very close to perfect execution as Lewis Grabban scored a cracking striker’s goal although it may have had a hint of offside to it. He really is looking every inch the talisman and whilst some supporters are bemoaning the lack of transfer action or feeling underwhelmed at linked players, I’m not sure who fans think are going to come to play second fiddle to Lewis. We have to be realistic and at the moment, Lewis is looking the best striker in the league on current form. I tell you who I wouldn’t mind a cheeky bid for though; Jonathon Swift of last night’s opponents. I thought he looked a class act from the first minute.

Whilst there is plenty of optimism, there is of course cause for concern. Since December, we have started to look vulnerable at the back and we were once again our own worst enemies last night. Joe Worrall had another good game generally but continues to make a once a game error that costs us. I thought he should have done more to prevent Sam Baldock’s shot from reaching the Forest goal. In fairness there were 2/3 others that seemed to hesitate. It really was a poor goal and perhaps it was the element of surprise that seemed to catch Brice Samba out. It didn’t look great on the replay and we have to do far, far better. There is enough experience on the pitch to sort this out and support the likes of Worrall. And whilst this may sound over critical, I am fully behind Joe and Brice to recover.

In conclusion, we’re really not far away and with a couple of additions further up the pitch, I don’t think we will have heard the last of the ‘sensational’ atmosphere that Sabri raved about last night. The crowd were much more vocal from start to finish also (particularly in Lower Bridgford) so credit where it’s due. I sense better times are not far off if we all stick together.

TEAM PERFORMANCE: 7 – Not a lot wrong with it.

SAMBA: 6 – Will be very disappointed for the goal. He was fine other than that.

CASH: 7 – Great battle with his opposite number.

RIBEIRO: 6 – A bit suspect with tackling and decision making at times. A threat going forwards and linked well with Ameobi.

WORRALL: 7 – Another one that will be really disappointed with the goal.

WATSON: 8 – MAN OF THE MATCH – Broke up the play and drove the team on.

SOW: 7 – Committed display in the heart of midfield.

SILVA: 6 – Lacked end product when he found himself in good areas to hurt Reading.

AMEOBI: 6 – Hit and miss as ever but will take the assist.

GRABBAN: 7 – Had a good game up top and a great bit of anticipation.

CARVALHO: 6 – A few nice touches but disappointingly didn’t have the impact we would like. His fitness levels are of concern. Looked as fatigued as the others, ten minutes into the action.

ADOMAH: 6 – Too late for him to make any real impact.