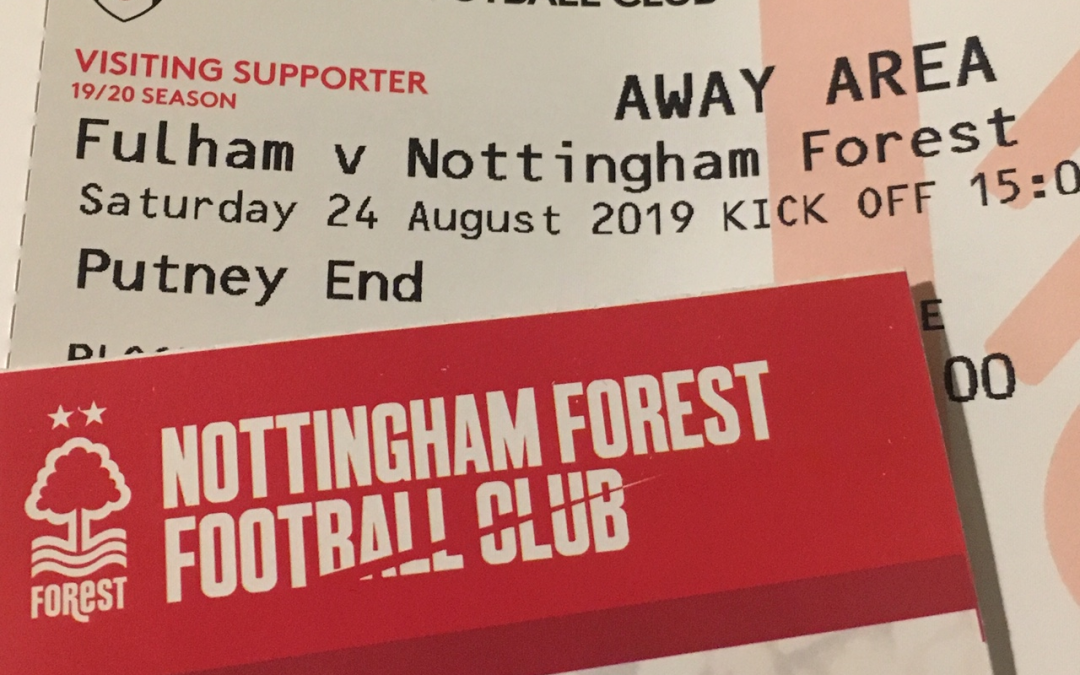 After Wednesday nights performance, my head isn’t holding out much hope for this one. However, we all know that Forest can be very much Dr.Jekyll and Mr.Hyde in their unpredictable performances. Last season, we certainly performed better against the promotion chasing sides but we’ll have a job on; containing Cavaleiro and Co. come Saturday. Following Fulham’s 4-0 win against Millwall in midweek, whilst enjoying 88% possession, Forest are going to have to be a whole lot better than they were against Charlton. I can’t see us being dealt a third Get out of jail card in consecutive away games.

I’d spoken to Russ Goldman from Cottage Talk about his views on Fulham, Forest and his predictions for Saturday’s game.

How is the season shaping up following preseason? Friendlies, form, signings, etc. What are your expectations for this time out?

The friendlies were not great for Fulham which make things difficult to really read where they were as a club heading into the season. The signings were truly excellent; adding Knockaert, Cavaleiro, Reid, and the other additions as well. My expectations are automatic promotion as they have the talent to make it happen.

What was the Fulham performance like in your last outing?

It was a match of two halves against Huddersfield as in the first half, there was no flow and the team looked disjointed. In the second half, we saw their true potential when they play together as a team. Fulham won 2-1 but that does not show how dominant they were in the second half. They played like the home team.

What are the key strengths and weaknesses of your team? Who do Forest fans need to be worried about the most?

You need to be worried about the three up front who are Cavaleiro, Mitrovic and Knockaert. If these three are on their game Fulham are going to win many matches. The midfield three are important as well, as they can control the match. The weakness is defence and Fulham continue to struggle playing the ball out from the back. If you press them correctly you could cause problems. The goalkeeper as well is a question mark.

What are your thoughts on Forest? Who do you see as our main threat/best player and why?

Grabban is a player I fear and could give Fulham serious problems. I also think Ameobi and Adomah are dangerous players. I watched a match of yours recently and I was impressed. This is going to be a difficult match for both teams because the styles seem to be different.

What would you give the clubs rivalry with Forest out of 10? 1 – being your 2nd team 5 – being a mutual respect and 10 – your most hated team.

I would say 5 as Fulham do not have a hated rivalry with Forest and I think there is a mutual respect.

What’s your most memorable encounter with Forest and why?

Predictions for the game with scorers?

3-1 Fulham with a Mitrovic hat-trick. I think this is going to be a battle but Fulham will pull away in the second half.

I can’t see anything past a point. Forever the optimist, I’m going with another smash and grab point. 1-1. Containing Cavaleiro is going to be a huge challenge.

Many thanks to Russ Goldman for his thoughts. Much appreciated! You can find more Fulham related chat here at http://www.blogtalkradio.com/CottageTalk