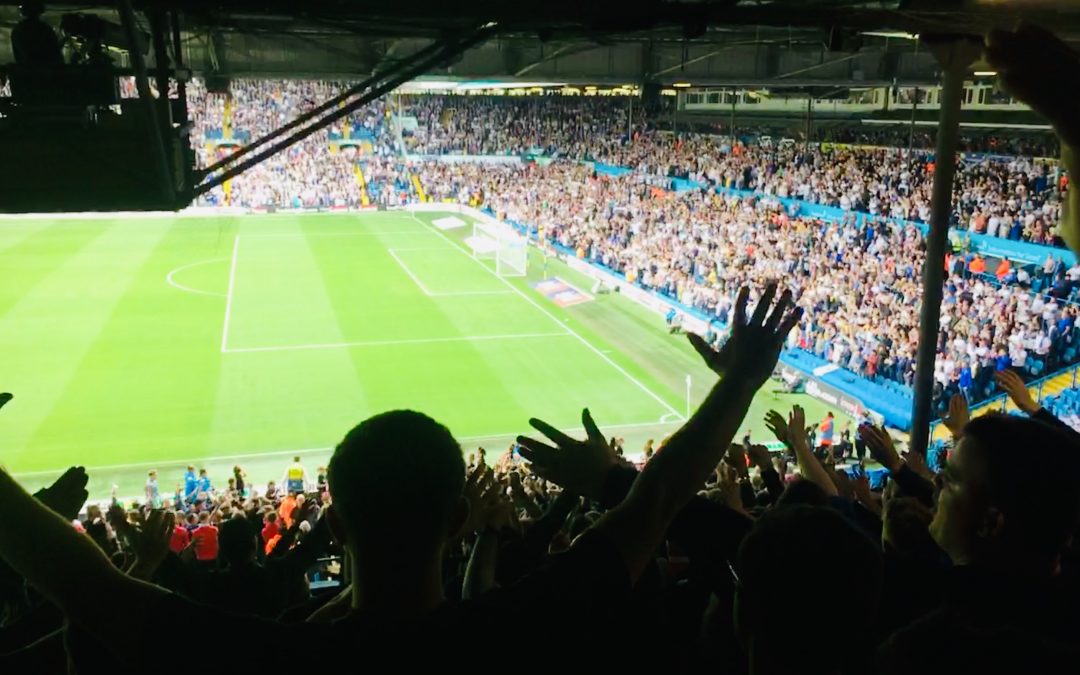 It’s taken me a couple of weeks to finally put down some thoughts on Forest’s season but it only seems right that I review things as a whole rather than leave it with the crushing end of season finish. From a personal perspective, I’ve scratched an itch commenting on almost every game of Forest’s season but on top on a 9-5 job, it’s been challenging at times particularly when faced with reporting on disappointment! Although this season will ultimately be deemed as a failure; for a very long time, the season had promised so much under the guidance of Sabri Lamouchi in his debut season managing in English football.

With the relatively unknown Frenchman coming in hours after Martin O’Neill’s sacking, it promised to be a new dawn at Forest as the owners moved away from managers more familiar with English football. Following the poor handling of Karanka and O’Neill from the previous season, Lamouchi would have a job on his hands to pick the club up. I’ll be honest, he was an underwhelming appointment in my eyes. 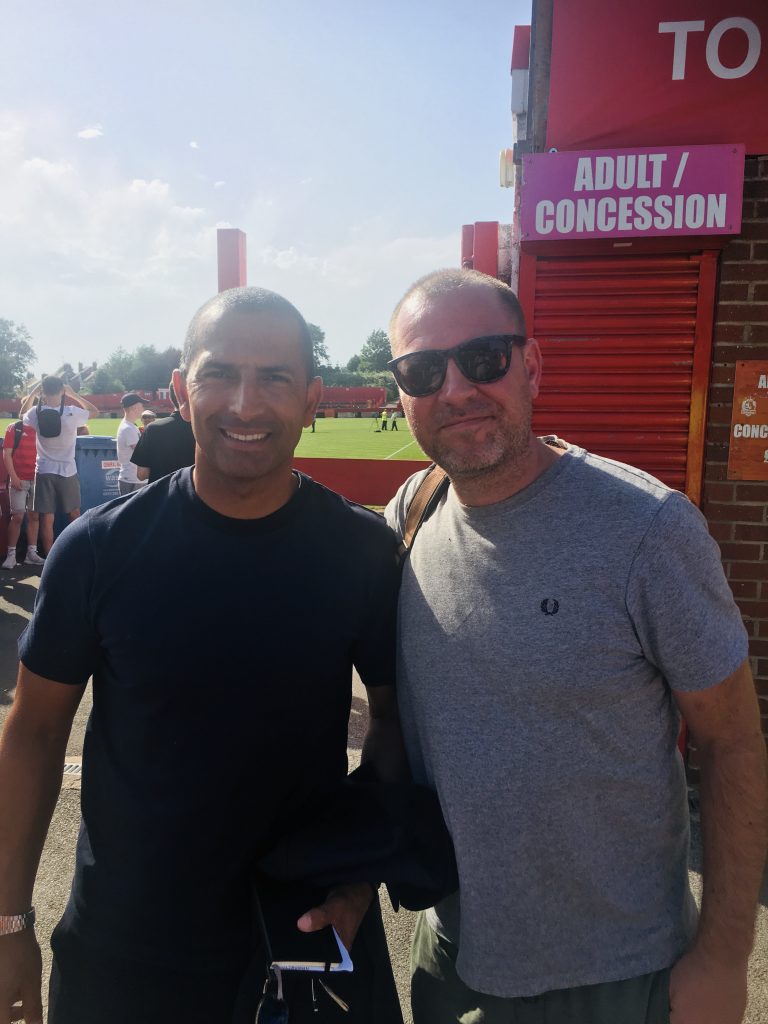 Watching the pre-season friendlies against Olympiacos, Crystal Palace and Real Sociedad; the performances were more steady than eye-catching. Forest’s squad was lacking in the talent that we’d had the previous summer under Aitor Karanka and there would be no repeat of the investment to have us challenging for the top two.

Firstly, Sabri was going to have to make Forest competitive to avoid any danger of a bottom half finish. Form under Martin O’Neill and latterly in Karanka’s reign was that of a bottom half Championship side; so I don’t think I’m being over dramatic here with that assessment.

Secondly, would be to rise to the owners challenge of returning Forest back to the Premier League albeit with a diluted squad.

Aro Muric arrived on Trentside with a big reputation from Manchester City but his rabbit in the headlights debut in Greece almost put paid to his time at the club without a competitive ball being kicked. He didn’t recover. With Alexander Milosevic surprisingly not being fancied at the back after some encouraging displays under Martin O’Neill, it was evident that Lamouchi was going to put his trust in youth and promote Joe Worrall into the back four ahead of Michale Hefele and Benalouane. A season ending injury to Tendayi Darikwa was another blow dealt to Lamouchi; after the Zimbabwean had impressed in his second season at the club; it was a headache that required a stroke of genius to resolve…

With Ben Watson being handed the pivotal anchor midfield role in Sabri’s preferred set up (having lost Jack Colback and Adlene Guediora) I certainly had my reservations about our promotion credentials. Watson was pretty much finished at the club. There was an awful lot of work to be done particularly with the lack of attacking options and the pre-season injury to Joao Carvalho.

Having done a deal of research over the summer (a quick Google of Lamouchi’s playing style) and seeing two box to box midfielders in front of a holding player; I was sold on the dynamic. I bemoaned Karanka and O’Neill’s two sitting midfielders and so I was interested to see how this would pan out. A fantasy of Paul McKenna behind Roy Keane and Steve Hodge; that would do for me but Sabri certainly didn’t have that kind of talent at his disposal. Unknown signings in Silva, Semedo and Bostock didn’t seem much of an improvement on the previously mentioned departing midfielders. Thankfully Samba Sow’s arrival firmed things up in that department.

Sammy Ameobi and Albert Adomah were welcome additions further up the pitch and Joe Lolley must have been delighted that the weight of Forest seasons wouldn’t solely rest on his shoulders once more.

Although losing strikers in Daryl Murphy, Karim Ansafarid and Hilal Soudani didn’t seem like huge losses; with only Rafa Mir coming in as a replacement; we were certainly light up top. When Tyler Walker was allowed to join Lincoln City on loan, we were left with just two recognised strikers. Sadly, Mir followed in the footsteps of Leo Bonatini and Joao Teixeira – a complete waste of time and another unwelcome recommendation from super-agent Jorge Mendes (that’s more than a few duffs from him)!

A degree of realism and patience would need to be required with the new man or this could very quickly turn sour were my over-arching thoughts. It was almost a case of suck it and see with Lamouchi.

The season started pretty well and the fact that Sabri adapted so quickly to life in The Championship didn’t help with raising the expectations. The opening game against West Brom offered plenty of encouragement as Matty Cash scored a cracker in the opening day defeat to the Baggies but two howlers from Aro Muric showed his frailties in front on a nationwide audience. His season would soon come to an end. Forest’s midfield were threatened to be over run in a frantic first half and it seemed apparent that Watson, Semedo and Silva would do well to keep us any where near the top end of the season.

From that point, Forest went on an unbeaten run starting with a well earned point at Elland Road despite having a lot less of the ball. Samba Sow and Sammy Ameobi came on as subs and impacted the game massively; it was a sign to come. There was a great performance in the 3-0 battering of Birmingham at The City Ground which was arguably the most fluid we looked all season at home. We could have had 6 or 7 on the day. In between was a shocking away performance at Charlton where Albert Adomah snatched a point once more in a 1-1 draw. Most encouragingly however, was the cracking away win at Fulham a few days later, which had me dreaming of what could be achieved with the group and this manager. Forest were outstanding on that particular day and with a game plan to boot, there was no doubt in my mind that if we kept it up, we could well be in with a shout of promotion. The benchmark had been laid down.

The manager certainly seemed to know what he wanted which was very welcome given the car crash under Martin O’Neill’s short stint in charge. Further wins against Derby in the cup, Swansea away, Barnsley at home and Stoke away had the feel good factor going into overdrive. It hadn’t been pretty but for a few hours after the 3-2 win against Stoke, Forest were top of the Championship.

Forest tails were well and truly up but the injury to Samba Sow was going to prove a huge blow to further aspirations. It’s possible that Sabri had been a victim of his own success going into the second international break. Forest were punching above their weight and with the players seemingly buying into what the new man wanted; the togetherness emerging was what had been lacking (or had been lost) in previous campaigns.

His face looks pleased to have received the award but the face also says the pic would look better with The Championship trophy in his hands pic.twitter.com/yXBuNyAh1t