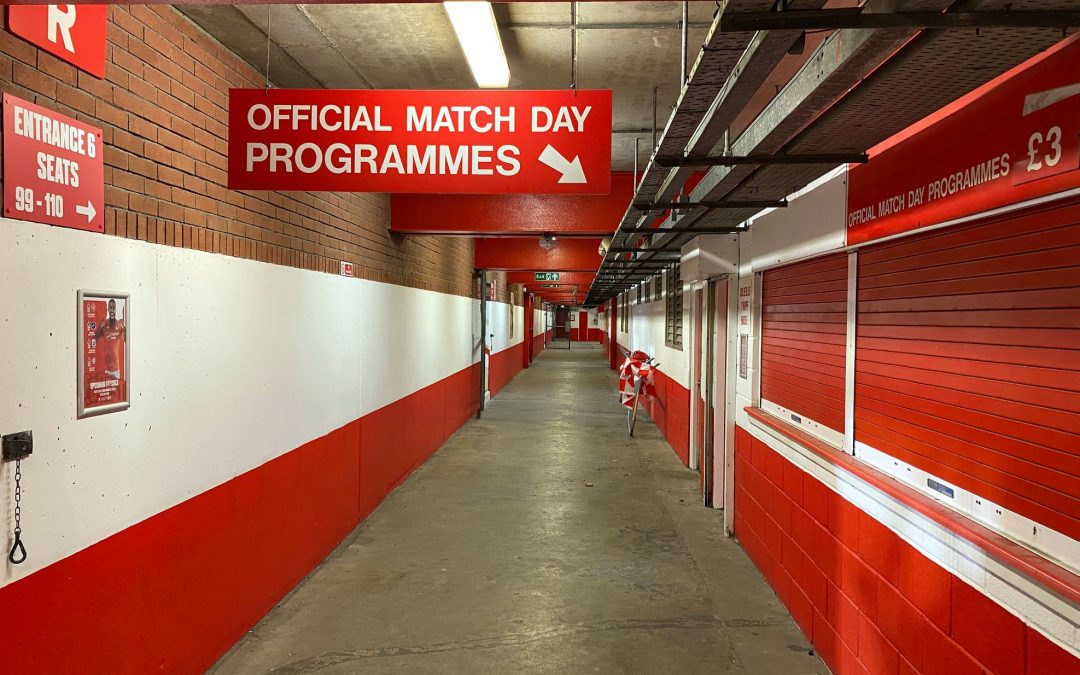 With Chris Hughton looking to build on his managerial winning debut at home to Rotherham United, Jeff Glover took over on reporting duties to offer his reflections on Tuesday night’s proceedings.

A 1-1 draw against a supposed weaker outfit on a dull Tuesday night at an empty City Ground? I am sure I have heard this all before, numerous times under the reign of the previous manager and in fact many before him. But wait a minute … this one was a bit different and I will endeavour to explain why.

It should have been our opportunity to welcome yet another new manager to the club, but as we all well know, this COVID business put paid to that. In all honesty, it’s perhaps all a bit too much having to throw out the red carpet every five minutes for yet another new arrival in the City Ground hot seat. But I, like most others, are hoping and praying Chris Hughton is the ‘chosen one’!

So what was different last night, firstly Forest got out of the traps somewhat and started brightly. I’ve been crying out for this for months but as a general rule didn’t get my wish. Whilst the formation and to some extent, the personnel looked the same, Forest certainly pressed higher up the pitch and played with more tempo. In selecting an unchanged team, Hughton has already sent a message to others looking to get in the side, you have to earn it. In this social media-frenzied world that some Forest fans live in, eyebrows were raised at the lack of rotation but it was perhaps also a strange feeling; I genuinely can’t remember the last time it happened. I would suggest there would have been more raising of said eyebrows had he made four changes, your damned if you do etc…

After the initial new manager bounce, Blackburn away and the start against Rotherham, unfortunately, we were treated to some of our recent failings. We started to look a little jaded and lost the high press. Luke Freeman who was playing in the Number 10 role couldn’t get on the ball and Lewis Grabban was isolated and chasing (or not) lost causes. This continued through to half time and doubts were creeping in, to say the least. Rotherham played their part to a tee, the goalkeeper took an age over every goal kick and the number of niggly fouls, stopping the taking of quick free-kicks started to frustrate.

I made a little remark about Lewis Grabban earlier and I would like to clear that up; Lewis Grabban is not; crap, rubbish, a waste of space or lazy (well maybe sometimes!). He is also not any of the other more derogatory or abusive names I have read about him recently. He is in my view; out of form, short of confidence and definitely not suited to playing as an isolated centre forward! In honesty, I would have started with Lyle Taylor last night as I think he is more suited to the role and also deserves a start. However, I am not Chris Hughton and it would be fair to say he just edges me on Championship management experience, therefore, he and Lewis both need our backing at present. It may be worth thinking where we may have finished without Lewis’ goals last season at this point. 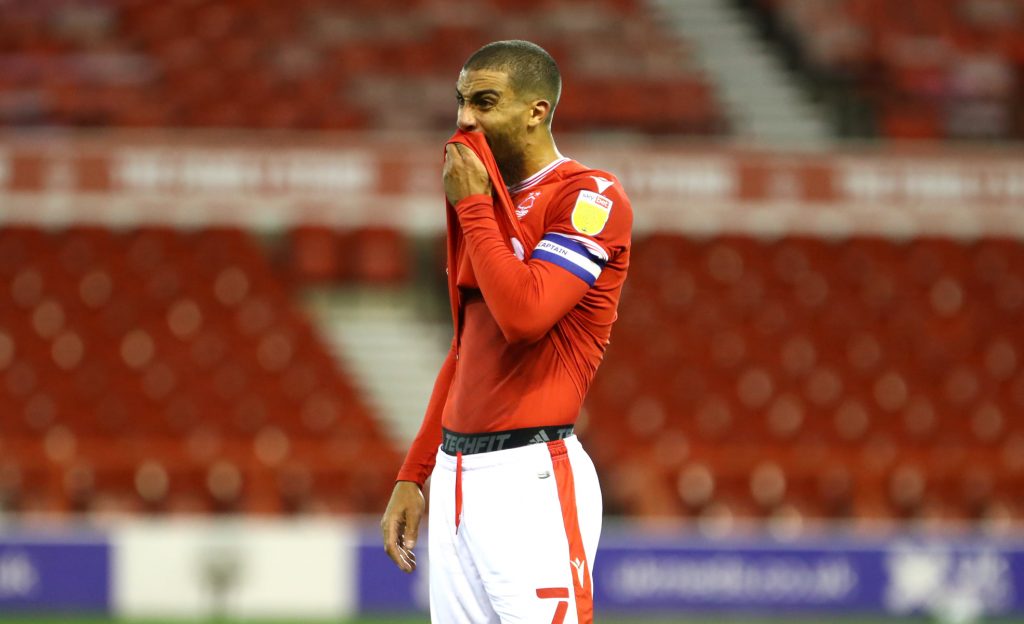 After the first half petered out, I imagine most fans were sat at home hoping that we would see a bit more from the Trickies after the break. What followed was also a flashback to our recent woes. Cyrus Christie, who has been very good since arriving, made a bad decision to turn inside instead of putting the ball out for a throw-in and got himself in bother whilst losing his footing. As the Rotherham player nipped in, there was contact in the box and after a slight delay  (this seems to be the norm this season) a penalty was given. There is some debate as to whether it was Christie or another Rotherham player that made the contact but nonetheless a spot-kick was awarded and duly dispatched by Barlaser.

Here we go again I thought … but hang on, no, it didn’t happen! The game didn’t start to pass us by, it didn’t look like we didn’t have the stomach for it, and didn’t look like we had run out of ideas. We DID create a hatful of chances and the fact we failed to convert all, bar one, is a source of frustration. But as they say, if we keep playing like that, we will give someone a hiding soon (NFFC players and staff please note that if this could happen Friday we would be grateful!).

In fairness, we’d already passed the ball brightly at times and missed a couple of half-chances in the first half, and we took both of these aspects to another level in the second period. It’s been a long time since I can remember us passing the ball so crisply and quickly as we did for large parts of the second half last night. Some of our interplay and movement of the ball was excellent, we had people running on overlaps and interchanging positions. We had balls being delivered into the box and there was more than one player in the said penalty box! Some of my biggest criticisms of last seasons style were being answered, we can still beat these I thought but I hadn’t factored in our inability to hit the proverbial cow’s arse with a banjo!

The much-maligned Ryan Yates (who for the record, I am a big fan of) didn’t have his best game in my opinion last night and that was before he missed a header that I genuinely believe was easier to score. It’s a shame as it would have quietened the boo-boys even further after his excellent outing at Blackburn. Fear not though the same boo-boys were able to continue sharpening their knives for Lewis Grabban. In fairness, Grabbs could and should have had a hat-trick last night and the miss after rounding the keeper cost us three points.  It sounds odd but I wasn’t that surprised he missed, he seems so shorn of confidence as I mentioned earlier. What some will fail to acknowledge is the part he played in the Forest equaliser and indeed his performance once playing alongside Lyle Taylor in a top two. He looked sharper (bar his finishing) and again the link-up play at times was superb. His pull back after another neat move to Sammy Ameobi resulted in the leveller. Ameobi deserves great credit as it was not the easiest of chances, he adjusted his dancing feet well at stuck it away with aplomb.

The constant encouragement from the sidelines for Sammy to ‘get in the box’ could well pay dividends for the big man’s goal return as we move forward. When Sammy scored, we had five, yes five red shirts in the opposition box, a sight not seen at the City Ground for many a moon. The fact we didn’t go on to win and convert one of the number of chances we created, will hopefully be forgotten if we win Friday against the Sheep, and continue the quietly impressive start we have made under the latest new era.

Had very little to do due to our new-found solidity, distribution was often hesitant but improved as the game wore on.

‘Gave away’ the penalty after a rare lapse in concentration, excellent thereafter and a large part of our attacking threat.

Not at his sharpest I didn’t think but did produce a ball for Yates that was harder to miss with!

Dwelt on the ball a couple of times but generally looks back to the Figs we know.

Another commanding performance from the big Scotsman, I like what I see so far.

Not his best game and should have scored to make it 1-1. Never goes hiding though.

Bit more like the Colback of old, broke up the play and was neat and tidy.

Struggled first half but much improved after the break and a huge attacking threat.

We still can’t quite get him in the game for large parts, but I am sure that will come. Looks a little frustrated at present and should perhaps do better with a half-chance off a Grabban rebound.

I thought Sammy played well last night, topped off with the tidy finish for the equaliser. I’d like to see the dancing feet in the penalty area as opposed to on the halfway line though!

I feel a bit tight giving Grabbs a five but the missed chances leave me with no choice, did play a big part in the equaliser. Goals are just around the corner for Lewis!

Yet again a big influence coming off from the bench, he occupied defenders and offered some good link-up play.

Gave us some much-needed get-go again and surely has to be pushing for a start?