View from a Millennial Red- Stella 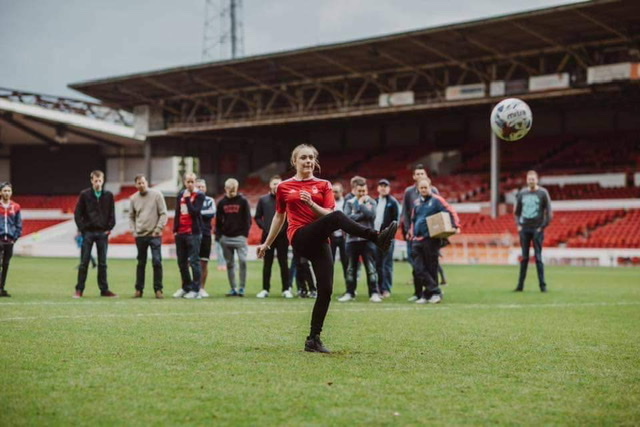 So I was out walking the dog this afternoon, thinking about gathering some views about the Forest Derby game when my younger cousin messaged me to say she was sending an article over on how excited she is about Saturday. Spooky.

I think it’s fair to say that Stella has followed Forest from afar historically but she had her first season ticket last year (tips hat to Mr.Marinakis sensible pricing) and a lifelong affiliation is growing from within. I often get my biggest sense of it when she’s ranting all the way over Trent Bridge following defeat. As an older fan, it’s nice to see that love of football growing. Sport is a good release for anybody but anything that can bring a family together has to be a good thing. I have to remind myself that I’ve been lucky enough to see some amazing times supporting Forest so you have to admire the younger generation that despite being starved of any real success, they turn up religiously to watch at the City Ground. Wouldn’t it be unbelievable to see them rewarded? We can only hope.

Stella has offered her thoughts on Forest, what it means to her this season and the Derby game coming up next Saturday…

At 17, I may not have been such a passionate Forest fan for the whole of my life but supporting the Reds has always been a big part of my family. I find The City Ground to be the soul place where I can spend time with my family especially my younger brother. I remember when I was 7 years old and I had the opportunity to be a part of the Super Sevens at Forest (when Robert Earnshaw was the top goal scorer). I still have the 2009/10 shirt to this day.

This season though (more than any before), the players have really engaged me into the football. I love to see what the players have to say after each game. I’m very passionate about the team and one day, I hope to get the opportunity to meet the players. I’m definitely going to try my hardest to get to my first ever away game this season. I really want to show all of my support wherever the team go. 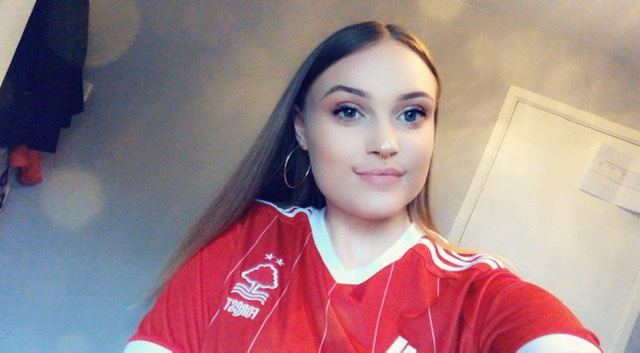 My favourite thing about going to Forest is the atmosphere and the ambition (not just in the fans but also within the players). The games feel magical on winning days and I’m filled with so much hope that we can succeed this season (even though it may be early doors).

So far this season, I think Forest have been ace. They were unbeaten for 10 games despite losing the first game and we’ve even been top of the league. I know it wasn’t for long but to me, that’s still enough to keep me happy!

Despite our recent spell of luck being broken and the past couple of games being wobbly, I can’t fault Sabri or the team. I still have high hopes for the season. Thankfully, the losing streak wasn’t for long as Forest went and bagged a win at Kenilworth Road yesterday. I’m very pleased to have Sabri in charge as he seems to have put positive effects on the team. We haven’t had a manager that has made this much difference in a while.

Even when we have lost games, I think we have played exceptionally well. Personally I think we’ve been robbed of decisions and that’s down to the EFL, the refs and linesman we are appointed! I know we can’t just blame this on them but l do think as a team, we’ve been treated unfairly. We just seem to have bad luck every season with this issue!

In my opinion, I think every player has shown so much passion this far and they face everything head on. Brice Samba really shows how much, he loves to play for our team. He engages with the fans and shows his appreciation. Uncle Albert Adomah is a player that I must praise. Despite not having much game time as the others; he is always involved whether it is on the pitch or off it. With his experience, he is definitely an asset to the team and I think he has driven them onto success especially supporting the younger members of the team.

Another exceptional player is Matty Cash. Gaining a new role within the team, he has definitely showed positivity and released his true potential at right back. Before then, I had doubts about Matty as he didn’t seem on form all the time. I still had a feeling though that deep down he could be a force to reckon with. This season he has definitely put 110% effort into every game. For me, he is the player of the season so far with this attitude of doing his best every game.

But along with these players, I am deeply proud and get behind every one of them. They all work well together as a team and they can move on well from matches where they may not have been to the standard they would have liked.

Joe Lolley almost always tries his hardest, even when we can tell he doesn’t seem his normal self. When he shines, it’s bright and he is by far our biggest danger to the other teams that play against us.

The waterlogged pitch for the previous home game has only made me more excited to get back to The City Ground for the rivalry game I cannot wait for.I think Forest are well prepared to defeat the Rams. I know every player will push themselves to the limit to achieve a big win for themselves and the fans. We have already proved that we can handle Derby earlier this year in the Carabao Cup game where we won 3-0. I’ve got high hopes for the next game.

Derby days are always the most daunting games of the season as both teams are passionate for the win. Derby’s win against Middlesbrough will definitely spark confidence in their team and arrogance in their fans. In my view, I don’t think they deserve a Derby day win after the recent events of drink driving. Even though the club have sacked their captain Richard Keogh, I still think as a whole they could have prevented the situation. They could have done more to take responsibility as a team since that is what football is all about after all.

I think Forest will deserve the win if they can match all the hard work they have put in so far. I really don’t care how many goals we win by, or how many goals Derby score, I just wish for the win.