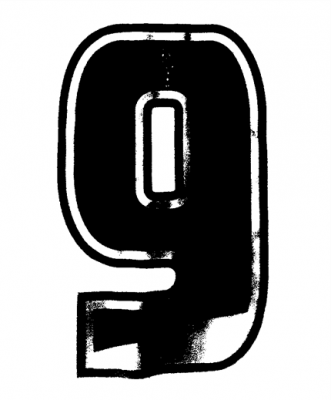 If I was to pick any player who taught me the most about how to play football as a kid; it would be Nigel Clough. I absolutely loved him as a player. So much so, that he’s number 1 on my Forest Heroes list.

Whilst Stuart Pearce is probably the most synonymous figure of the late 1980’s Forest side under Brian Clough, I’d argue that Nigel would have been just as deserving of that honour. If Brian was The King, Nigel was the Prince of Nottingham Forest. He literally grew up inside the City Ground. Home and away dugouts, changing rooms; Nigel witnessed those famous days at first hand as a kid.

As a footballer, Nigel knew what it meant to represent the club. He oozed class, not only in the way he played but also in how he conducted himself. There was a lot to learn from an 8 year olds perspective. In terms of his own feats, Nigel would weigh in consistently with goals, season after season. When was the last time Forest had a player like that? They don’t exist anymore. If Nigel wasn’t scoring goals then he was busy playing his part in creating them; he was an artist when it came to using the ball productively.

With his Dad in charge, you’d maybe assume that he had preferential treatment at Forest but I don’t think that was ever really the case. The Clough father/son relationship seemed private on the surface and rightly so. He was referred to by the manager as ‘our Number 9’ rather than his first or second name. Although it was an obvious headline outside of the club, Forest didn’t make a big thing of it and he certainly didn’t get any sympathy from the touchline. As he broke through into the Forest squad, his Dad still made him turn out for his Sunday League side the following day to honour that commitment. Classic Clough.

Nigel had to earn his spot in the team, he had to win over his team mates and the supporters that he was there on merit. The team was eventually built around him, as over time, he established himself as Forest’s first choice striker.

I’m not sure that he was ever a fans’ favourite despite his successes. It took a while for the chant of ‘Nigel, Nigel’ to echo around the Trent End but he didn’t seem the type to be fussed about the idolisation that many players craved. He never wanted fanfares, demanded better money or a move to a bigger club. Nigel was happy and most loyal to Nottingham Forest until bigger circumstances played out of his hands in the years to come.

He made his own name in the game, scoring 102 goals in over 300 appearances for Forest.  He was instrumental in arguably the 2nd most successful period in the club’s history between 1987-1992. It was a time where Forest went to Wembley on a yearly basis. It was taken for granted then and what’s further ironic, is that 30 years later, Forest are one of the few remaining clubs yet to play at the New Wembley Stadium. Under rated by many now, and at the time, Nigel Clough is a Forest great.

Nigel didn’t have any outstanding physical attributes. If anything, they were a hindrance to him as a centre forward. He wasn’t tall, was slight in build and wasn’t blessed with any real pace. Nigel had to play with his brain and there’s not been many better footballing ones at Forest since. When I think of a proper footballer, I think of Nigel Clough. Playing with his back to goal, Nigel was the key in linking the play between the midfield and attack. I’ve never seen a player take so many kicks from defenders at The City Ground. Those were in the days where a tackle from behind was fair game. You had to brush off a good scything down. You definitely wouldn’t see him diving and rolling around on the floor. If Nigel was down, he was down for a reason. And despite some of that treatment, he never moaned to the ref. His Dad didn’t allow it as a starter.

Despite the inevitable calls of ‘Daddy’s boy’, Nigel was no shrinking violet. Although he looked every inch the boy from next door, Nigel was brave and he could give as good as he got. There was a nasty streak too. I remember a particularly late tackle on Paul Stewart at White Hart Lane that got him sent off in the early 90’s. Although it was out of character, it wasn’t a complete surprise if a game was heated. He was always 100% Forest.

Predominantly a goal poacher, Nigel was the top Forest goal scorer in 6 seasons (hitting the 20 goal mark in 3 of those). The crowning glory was probably his two goals in the Littlewoods Cup Final in 1989 against Luton Town. With Forest a goal down at half time, Nigel buried the pressure penalty and then put Luton out of sight with the final goal in the 3-1 win.

As he matured into a player, Nigel was one of our ‘go to players’ to get us a crucial goal. He scored some crackers too; a 20 yard volley at Huddersfield Town in the cup, acrobatics at Southampton and a back heeled finish at Man City showed he was more than just a poacher.

He gave Stuart Pearce a run for his money in the free kick states. I’m not sure where it came from, but Nigel offered a surprise alternative to the Pearce blast with his curlers from dead ball situations. I remember one at West Ham in a 3-3 draw and one in a win at Luton. He also established himself ahead of Pearce as the club’s most reliable penalty taker.

Whilst Nigel was top scorer for a number of seasons he also got his fair share of assists too. He possessed great vision in picking a pass, sometimes already thinking two steps ahead of those around him. He was paramount to how Forest played and was always at the heart of our attacking play. His one-two passing exchanges with Stuart Pearce were a trademark of that team. The one-two; it was a thing of beauty and probably sits alongside cap guns and white dog muck in the ‘Stuff you don’t see anymore’ archive. Once a weekly occurrence, I couldn’t tell you the last time I saw a one-two come off at The City Ground. Nigel and Psycho had a special understanding. Looking back, it was magic.

I remember Nigel’s vision in playing passes that others couldn’t see. During Forest’s 1988 FA Cup run, we’d beaten Birmingham City 1-0 at St. Andrews in the 5th round. A brilliant pass from Nigel had put Gary Crosby in the clear to get the match winning goal. I vividly recall that game for the wrong reasons as the away fans were pelted with coins at the final whistle. Aged 10 and 8, my Dad advised me and my brother to get down, as an old man next to us had been hit. Being completely oblivious to the threat and vitriol from the Birmingham fans, we were like kids in a sweetshop as coins rained down on the floor all around us. Talk about trying to fill your pockets, we thought it was brilliant.

Nigel went one better in the quarter-final at Highbury against Arsenal. Hitting a very similar cross field pass, he switched the play and bamboozled Arsenal’s backline with his vision to put Brian Rice though on goal. He chipped John Lukic to set Forest up for a semi-final place. I remember my Dad always replaying the video to point out that Brian Rice never thanked Nigel for the pass. I think Brian was probably more overwhelmed that he’d actually scored a massively important goal. The win was significant and put Forest on the map to further success even if it wasn’t to be that particular year.

Nigel got the key assist to Garry Parker’s memorable goal in the Simod Cup Final in 1989 against Everton (as he ran the full length of the pitch to score). There was also his reverse pass to put Nigel Jemson into score against Oldham in the 1990 League Cup Final. It was the deciding goal in the 1-0 win and meant that Forest retained the trophy for the second successive season.

The Wembley Cup Final wins were always the highlights of his Forest career but Nigel was a consistent top level performer at Forest, year upon year. He was a regular scorer whenever Forest met Derby and he’s scored one of the quickest hat-tricks in English football, a record 4 minutes at the time, against QPR in a 4-0 win at The City Ground in the 1987-88 campaign. He hit 22 goals that season, his best in a Forest shirt. He made his England debut in a 0-0 draw against Chile at Wembley in 1989 and got 14 caps in total. He possibly would have gone on to make more appearances for England if Peter Beardsley had not been tearing the league up at Liverpool and had not formed such a good understanding with Gary Lineker at international level.

Much like his Dad, Nigel didn’t deserve the ending that he got to his Forest career. Although he was to return on loan for a brief spell in 1997 from Manchester City, the relegation in 1993 was tough to swallow for everybody following Forest at the time. We never recovered from the sale of Teddy Sheringham and the loss of Des Walker. With Stuart Pearce having his share of injury problems, we couldn’t gain any momentum. During the season, Nigel had even played at centre back; he was that good a footballer. Although it was testament to his ability in asking him to play there; it was a sign that we were in big trouble. Relegation was like a slow death. At any point, I was waiting for our season to turn the corner but it never came. It was a really sad ending, the Clough family deserved much more than that. Not only mourning the loss of Brian, it was just as big a loss to me that Nigel had decided to move on at the end of the season. Whilst other players might have come in for criticism for making that particular move to Liverpool (genuine rivals at the time), Nigel’s wishes were well respected by Forest fans. There wasn’t any animosity. His departure was the end of a brilliant chapter in Forest’s history and one that I’ll never forget.

Nigel’s story at Forest is definitely worth a watch if you haven’t seen it already.