The rivalry of a lifetime – Paul Severn 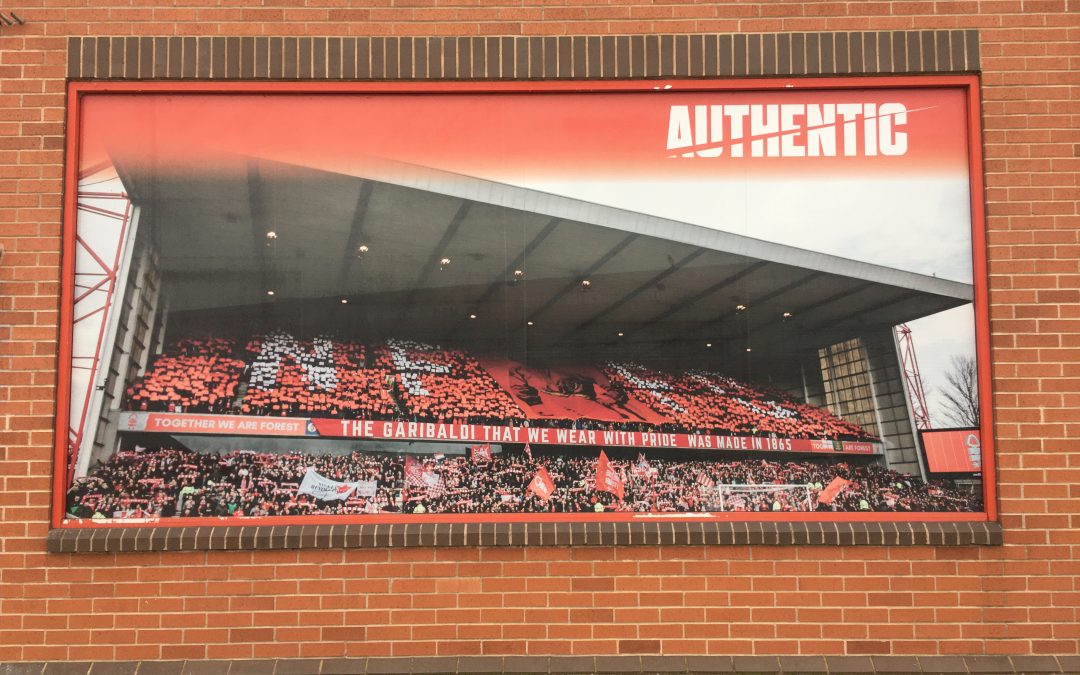 The East Midlands derby is an odd one for me. Not only do I no longer live in the region, I’m slightly different to the average Forest fan as I was born in the Queen Mary Maternity Home. In Derby.

However, my loyalties are far from divided. Football clubs are about so much more than merely location. My family has watched Forest for well over 100 years and I have no connection at all with Derby, the club. I have never been to the Baseball Ground or Pride Park. But it seems slightly odd for me to really ‘hate’ Derby in the same way that some people do because the county was my home county for the first six years of my life.
But at the same time, you can’t help but be affected by experiencing three decades of rivalry. My first ever game with a season ticket was against Derby, and I remember going bananas as Ian Woan slammed in an equaliser. After the win at the Baseball Ground later in the season, I started to become aware of something that was quite different to just ordinary football.

The modern rivalry ‘blossomed’ somewhat in the Nigel Clough and Billy Davies era. The switching of players such as Lee Camp, Robert Earnshaw, Kris Commons and Nathan Tyson between the two clubs added extra spice and left us with footballing memories good and bad that will probably last a lifetime. The rivalry added strange dynamics, such as Bobby Zamora becoming a Forest legend despite never appearing for the Garibaldi. And there were the pantomime villains – Robbie Savage being star of the show in that respect.

Of course, this season we had an extra installment of the series – with the two sides drawing each other in the EFL Cup. This game perhaps showed the magic of the rivalry more than most. I had just watched a dreary tie versus Fleetwood Town and my friends and I headed to the pub for a nightcap. As the numbers were drawn, conversations stopped and eyes turned towards the screen. Forest were drawn at home.
“Der-beh! Der-beh!” said a man on the next table, his eyes wide with anticipation. The number was drawn. Derby.
The pub erupted. Drinks were ordered. The 1-0 win over Fleetwood suddenly felt wonderful.

Rather than a depleted crowd and a forgettable evening in the cup, the City Ground was packed, as Forest ran out 3-0 winners. The ground erupted every time the ball flew in the net. It took a while for Derby to recover. If we lose on Saturday. It will take us a while to recover. That’s the power and magnitude of this fixture. The run of the mill becomes special. Losing hurts.

Of course, sometimes that rivalry goes too far. There have been high profile incidents that have embarrassed both clubs. In the penultimate issue of Bandy & Shinty I went behind enemy lines and interviewed four Derby fans. Like us they abhor the idiots that take the rivalry too far and spoil things. It is something that is special. It can be spikey, passionate and at times childish – but we need to call it out when its integrity is threatened.
After doing the interviews, you realise that we are all just football fans. Our clubs are like siblings – destined by fate – not choice – to be together. So, we have to make the best of it. If you think about it, Forest versus Derby is something to be envied. Leicester City may be battling away at the top of the Premier League, but deep down you know they’d love to be involved. It hurts them to look on from the margins.

This particular game of course, has the backdrop of Derby County’s ill-fated team bonding session. As a Forest fan I’m not going to stick my nose in and comment. The afternoon will be without a certain Derby centre half. He may not be the most popular man in Notingham, but I guess he’ll be remembered and holds the distinction of being booed for simply warming up at the City Ground. But that’s the thing about derbies. Players and managers move on, but the fans remain. The cast alters, the plot changes but the passion remains, until one of us grows up, leaves home, and goes to the Premier League.

For Forest, this is a big game. West Brom and Leeds are flexing their muscles as genuine promotion contenders. Preston and Swansea continue to surprise with their consistency and several other dark horses form a huge chasing pack. Forest are very much part of that pack and need to remain so until the opportunity arrives to strengthen our attacking arsenal in January.

There is so much to be positive about at Forest at this moment in time. Off the pitch, the club continues to flourish, and off the pitch, piece by piece, the squad is being improved. There will always be missteps at every club, but under the leadership of Sabri Lamouchi we have a modern, intelligent coach who is making us dream beyond a couple of successes against Derby. Dreaming of something much, much bigger.
But that’s for the future. For now, it’s all about Saturday.