The Sabri Equation – an alternative view 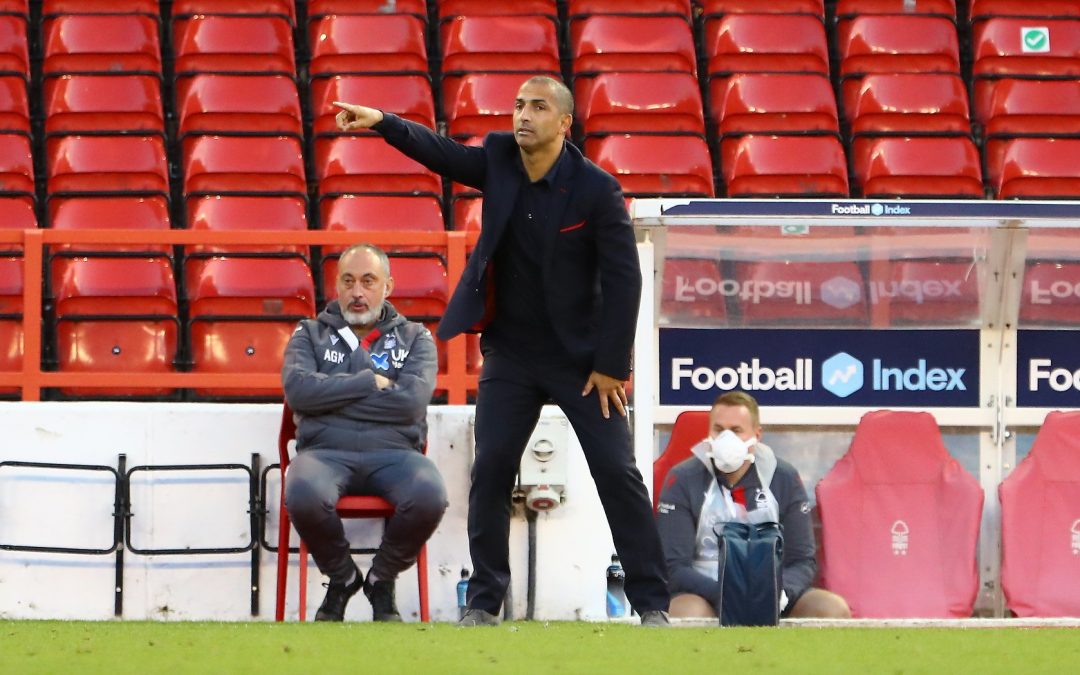 With Sabri Lamouchi set to remain in charge at Nottingham Forest for the next campaign; Forest fan Jeff Glover gives his verdict on the Frenchman’s first season in charge at the club.

When I was asked to write an opinion piece on the Forest season I had no hesitation in accepting the offer, it would give me an extended opportunity to try and articulate what I have been saying all season long on a separate platform to social media or our often heated WhatsApp group! It has subsequently taken me a few days to start writing the piece as the disappointment and frustration has started to ease a little.

The unbelievable capitulation against Stoke City was not so unbelievable if you are a Forest fan that has witnessed similar debacles in the not too distant past; but maybe this one tops the lot in terms of ridiculousness?!

By the time we reached the Stoke game, my view is that we were completely shot, both physically and mentally but we should still have held on and managed that game much better considering how comfortable we were looking for large parts. The weeks leading into the final part of the season were a cause for concern but again you felt we had enough to scrape by but alas, we are consigned to another season of Championship football….

There have obviously been huge positives to take out of the season, one which has seen us manage our best league position for a number of years and possibly more remarkably, have just seen one man occupy the City Ground hot seat. Sabri Lamouchi has steadied a constantly unsteady ship and provided us with a direction that we have been lacking for what seems like an eternity now.

However, I am not convinced by Sabri and have been saying so for months as opposed to a week or so like some others who have only now found their voices.

It is at this point, were this Twitter that I would be accused of some of if not all of the following things;

• Amongst other insults no doubt. 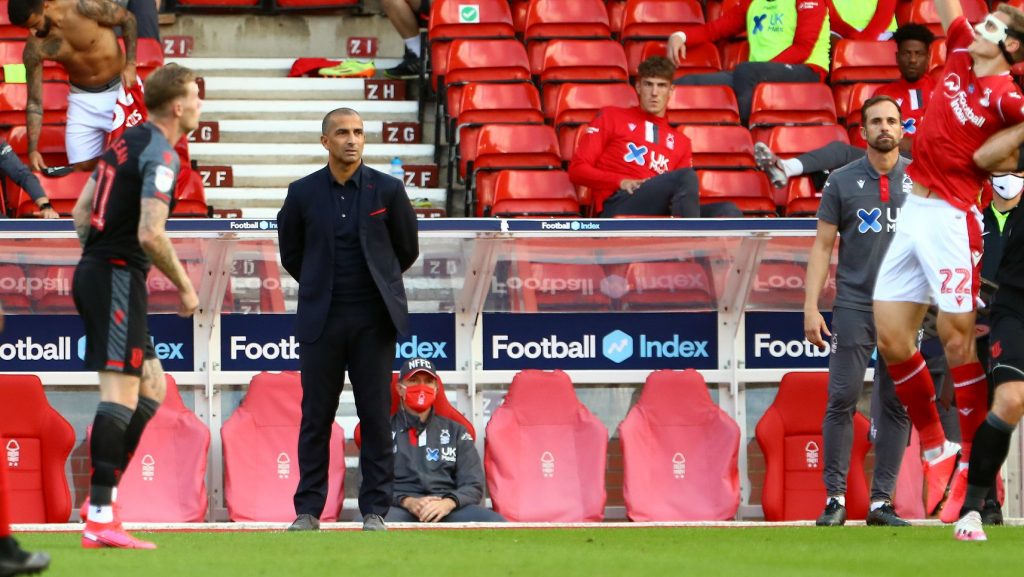 I am hoping that if you are taking the time to read this you’ll continue and allow me the opportunity to explain my opinion, after all football is all about opinions and we all believe ours is the right one. As I alluded to earlier, the particular Forest WhatsApp group I am part of has become very heated at times due to the hugely differing opinions of those involved. Whilst at times we sail close to the wind; the friendships and common goal of seeing Forest succeed tends to keep things civil even if it is sometimes 24 hrs later when emotions have settled down!

Sabri Lamouchi seems to be a very likeable man that speaks with humility and passion. He seems to love the city that we hold so dear to our hearts and he has guided Forest to their best finish in years; only for it to be cruelly ended in such heart-breaking fashion.

Why therefore, am I not convinced then? Well to put it bluntly, it is arguably some of the dullest football I have seen on Trentside in my 30 odd years following the reds! Bearing in mind some of the football on offer in the last 20 years or so, some might find that an outlandish statement but in this case, I am afraid that the stats just don’t lie. An average of 1.17 goals per game and under 2.5 goals scored in 57% of home games this season are two of the key indicators as to how poor our home form and style of play has been. 10 wins from 23 home games and 6 of those by a single goal tell even the most loyal of Sabri fans that it hasn’t been scintillating at the City Ground this season.

The counter argument will obviously be the aforementioned league position being the best it’s been in ages but how much further might we have gone with a little more flair, ambition and panache? In all my time watching Forest I can’t remember a season where you didn’t feel that a drubbing of the opposition was imminent and somewhat inevitable but this season that has certainly been the case, a 3-0 home win against a particularly poor Birmingham side has been the largest winning margin.

We will never all agree that we could have gone further and there will always be conflict about the squad and recruitment but if I could, I would like to add further argument as to why I think we have underachieved in some senses.

Martin O’Neil was largely lambasted for his style of play, in fact the author of this blog was himself a huge critic as he wanted to be entertained upon his visits to the world famous City Ground but Lamouchi’s pragmatic approach is no different and whilst it has been largely successful away from home, the lack of a plan B at home is nothing short of embarrassing. Same team, same tactics and same formation have led to very similar performances and results.

I will go as far back as the victory against Derby at home in November. 44% possession and although we had four shots on target, the only goal came from a glaring mistake from Jayden Bogle. This was, and is, a poor Derby side and instead of taking the game too them and finishing them off, we came away with a hard fought victory. I said at the time, after this game, that we would not have enough at home if that was the way we were going to play.

And quite frankly, I was right! Six home wins after the 9th of November is an abysmal return. This brings me quite conveniently to the Ben Watson argument. In a similar vein to my thoughts on Sabri, Ben Watson seems to be a model pro and a good leader and role model. Watson has done the job that he has been asked to do I would suggest, but we need more! Lamouchi has built this team around the steadying influence of Watson but that in itself is the main reason we lack any kind of dynamism. Watson spends most of his time playing between the two centre halves to pick the ball up but where do we go from there? We have no pattern to our play and very limited options on the ball.

I watched Brentford v Swansea last night and it was a pleasure to do so (ignore Thomas Frank being an arrogant fool!). I can’t think of many times when I have said the same about Forest. We have to find the balance between being solid but also attempting to play some football and Watson does not fit the bill for me.

Why did Sabri not make any attempt to change the way we played at home? Why during the period before we returned from lockdown was no attempt made to be more pro-active and positive? Why did we not start a game with two forwards at any time during the season? Why was Joao Carvalho not given more game time? Why did he throw away the feel good factor and momentum after the Leeds game? Why, why, why?

Further argument will be found in the recruitment, particularly in January, and how that left Sabri lacking when he needed re-enforcements. In hindsight, and a number of fans said so at the time in fairness, it would be fair to say that January was a massive error and had a huge impact on our final position.

However, whilst I don’t think we need to discuss the impact of Gaeten Bong or Adama Diakhaby you have to question why the latter featured so much? Nuno Da Costa (after overcoming injury) has looked lively and a decent addition at times but how many times as he played in his natural centre forward position though? Jon Bostock was criminally underused in my opinion. Alex Mighten put in arguably the most complete all round performance from a centre forward this season at Chelsea in the FA Cup; how many times did he play as a centre forward thereafter?

I am hearing a lot of people argue the case for stability and citing the Leeds meltdown at the back end of last season and how they have gone from strength to strength under Marcelo Bielsa this year and that we should be looking to do the same. So by that argument those fans are saying they are happy for another season of pragmatic and dull football that will (in my opinion) probably not get us as close to the play offs next year?

Unless I am mistaken Sabri Lamouchi will not change his ethos towards the game and whilst he will no doubt remain a likeable character with our best interest at heart I don’t see that he is the man to take us to the next level. In fact, I predict that as we have now retained his services, he will be sacked by Christmas in any case.

I have said all season that I would be absolutely delighted to be proven wrong as I have vociferously aired my views and rightly had it thrown back at me that ‘we are still in the top six’ but again, if I am wrong on this I will be delighted. But I strongly believe that I will sadly be proven right yet again.